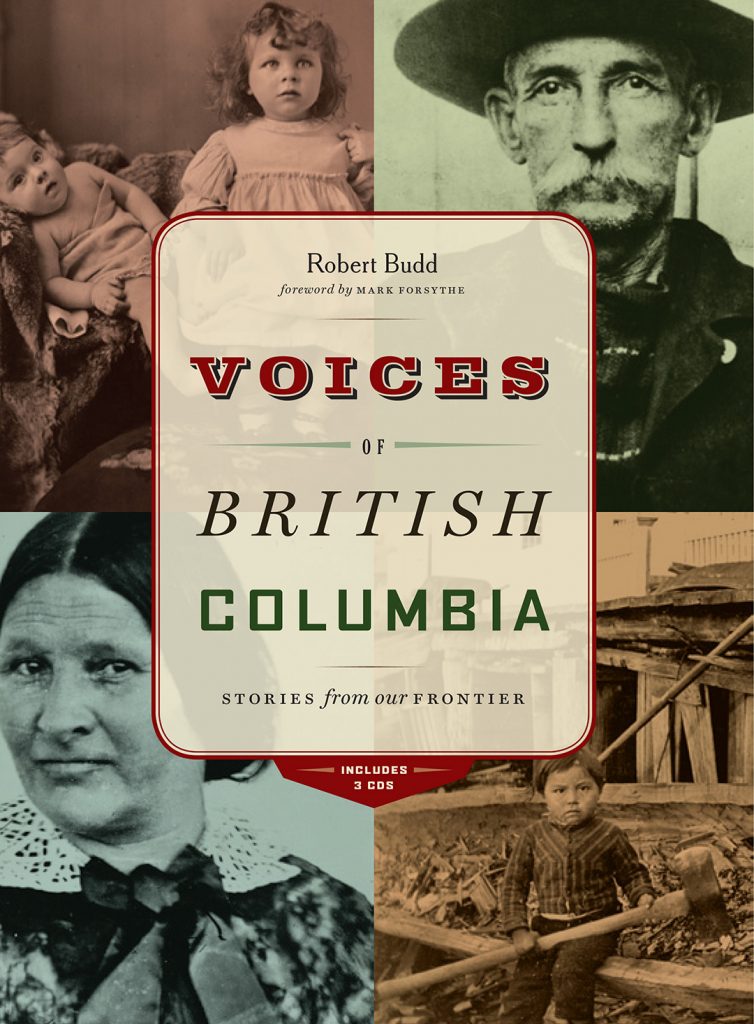 Voices of British Columbia has been accepted by 12 school boards in BC for Grade 10 Social Studies!  It was a runner up for the 2011 Bill Duthie Bookseller’s Choice Award.

Voices of British Columbia: Stories from Our Frontier is a vivid account of life in British Columbia at the turn of the last century. With stories drawn from the CBC’s Imbert Orchard Collection, this fascinating oral history combines text, audio and archival images, transporting readers to the frontiers of British Columbia before the First World War. In addition to the text, the book includes three audio CD’s containing first hand accounts from some of the province’s early settlers, including the homesteaders, immigrant workers and First Nations chiefs who were there to witness history unfold.

The stories in Voices of British Columbia: Stories from Our Frontier are based on the audio archives of the late Imbert Orchard, a CBC journalist who traveled across British Columbia between 1959 and 1966 with recording engineer Ian Stephen to interview close to a thousand of the province’s early pioneers.

“Conventional history tells you about building the early roads from Vancouver to New Westminster. Imbert’s people make you feel every single wheel rut along the way. And unless you know how much those ruts hurt, you will never know why a new road was built.” – Mark Forsythe, Host of CBC’s BC Almanac

For more information please click on the link below to view the full cover and flaps of the book.

Click play below to listen to the interview in the Epilogue. (Starting on page 4)

Here is a review by Jean Barman: